Mentoring is for short and long term goals

This week’s guest was Rohan Dickinson and he’s so passionate about mentoring within HR. He’s set-up his own business to promote the power of mentoring in the startup/scale-up space. We invited him on the show to chat about why mentoring is as important as learning & development. As well as, how will HR benefit from mentoring programmes and what will startups and scale-ups gain from prioritising this on their people roadmap.

To open the show, we ask Rohan about his experience of mentoring. He says, “mentoring can be a fluffy subject, but I’ve had really good experiences” and “they [mentors] have seriously been people to lean on and get advice, whether it’s functional advice or skills-based advice, but it’s genuinely helped me – and with other people, I’ve found it’s been beneficial to them”.

We went on to ask, so what is a mentor and why would you need one?. Rohan tells us a mentor is, “experience-led – someone who has got the experience and leading with that and trying to help someone else” from his own experience, he has sought to engage a mentor to, “it’s two parts – normally it’s in my role because I have gaps in terms of how to deliver or do my role” and “the other side is career”.

Setting expectations as a mentor and mentee

We go on to discuss approaching mentors and Rohan provides insight into the preparation required by the mentee. His response, “the mentor will go, can you actually identify some stuff we are actually going to work on” and “you might identify some really cool stuff to work on. However, a contracting and chemistry session is important when it comes to mentoring”.

If that wasn’t enough, you’ll hear Rohan talk about:

Or listen to the podcast  👇🏻

And be sure to subscribe to get weekly show updates delivered directly to your inbox.

Thank you to our fabulous sponsor EnterpriseAlumni 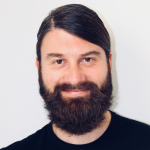 Glenn Martin is a talented talent acquisition professional with over 14-years experience in recruitment projects, strategies and sourcing techniques. With both agency-side and now in-house experience, Glenn partners with a portfolio of clients to help them deliver their people-centric objectives and ambitions.

Proud Ambassador of Hope for Justice

The #SocialRecruiting Show Ep. 190: Resourcing Give & Get
YouTube Video VVVQMFNnaHZUUGdDU3FpMG5vTkZVVllBLllDUXBmWWJGbGl3